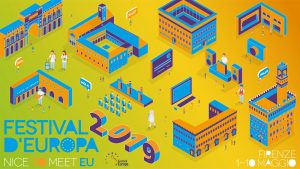 Recent developments in the EU Eastern Neighbourhood were met with high political interest in the European Parliament (EP), especially following the Maidan revolution in Ukraine and Russia’s military aggression in the Donbas and in Crimea. This political interest created the space for the EP to develop innovative types of actions aimed at supporting the democratisation and pro-European reform processes in the Eastern Partnership region, especially in the three countries which concluded an Association Agreement with the EU – Ukraine, Moldova and Georgia. This workshop aims to bring together researchers and EP practitioners who will look at a variety of initiatives taken by the EP in relation with this region since 2014, in particular through the work of parliamentary Committees, inter-parliamentary dialogue as well as mediation and capacity building activities. They will discuss how far these initiatives have been exemplary for a self-empowerment of the EP in the field of external action and their impact on both the inter-institutional dynamics and the effectiveness and coherence of the EU foreign policy as a whole.