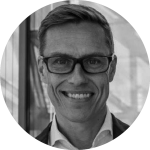 Alexander Stubb, Director of the School of Transnational Governance, EUI , and Former Prime Minister of Finland
Alexander Stubb is the Director of the School of Transnational Governance, EUI. He is the Former Prime Minister, Finance Minister, Foreign Minister and Europe and Trade Minister of Finland (2008-16) and Vice President at the European Investment Bank (2017-2020). From 2004 to 2008 he was a Member of the European Parliament following various posts in Brussels. Between 2001 and 2003 he was advisor to the President of the European Commission and served twice in the Permanent Representation of Finland to the European Union. He is a self-professed sportsnut.