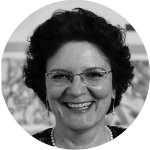 Andrea Ammon, Director, European Centre for Disease Prevention and Control (ECDC)
Andrea Ammon has been Director of the ECDC since 16 June 2017. She first joined the ECDC as Head of the Surveillance Unit in 2005. From 2011 to 2015, she was Deputy to the Director and Head of Unit for Resource Management and Coordination before becoming the ECDC’s Acting Director. Prior to joining the ECDC, Dr. Ammon served in several roles at the Robert Koch-Institute in Berlin, most recently as Head of Department for Infectious Disease Epidemiology. She has also provided scientific advice for government ministries, members of parliament, and the public.