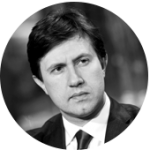 Dario Nardella, Mayor, City of Florence
Dario Nardella is the current Mayor of the city of Florence. He holds a Degree in Law and a PhD in Public Law and Environmental Law from the University of Florence. In 2004, he started working for the City Council of Florence and in 2009 was re-elected as Councillor. He has been part of the cabinet of Mayor Matteo Renzi, with responsibility for Economic Development and Sports. In 2012 he was elected to the Chamber of Deputies. In February 2014, Matteo Renzi, in his last act as mayor, appointed him Deputy-Mayor. Following the vote of confidence to the new government led by Renzi, Nardella was elected the new mayor of Florence in May 2014.