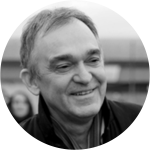 Enrico Rossi, Governor , Tuscany Region
Enrico Rossi was elected President of Tuscany in 2010, and reelected in 2015. Prior to that, he was elected Member of the Regional Council of Tuscany, where he was Regional Minister for Health for ten years, having won two consecutive mandates (2000-2010). Rossi is a Member of the Committee of the Regions and Vice-President of the Conference of Peripheral Maritime Regions in charge of Cohesion Policy. He has been an active participant in the negotiations for cohesion policy post-2020, offering his own contribution for the future of Regional Policy. In 2018 he launched a tour to bring at least 100 EU-funded projects in Tuscany to the attention of the general public.