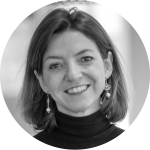 Laurence Boone, Chief Economist, OECD
Laurence Boone has been the OECD Chief Economist, Head of the Economics Department and G20 Finance Deputy, since July 2018. Before joining the OECD, she was the Chief Economist at AXA Group and Global Head of Multi-Asset Client Solutions & Trading and Securities Finance, France. She was also an Independent Director of Kering’s board and remains a member of the Strategic Committee of the French National Debt Office. Prior to this, she was Sherpa and Special Advisor for Multilateral and European Economic & Financial Affairs to the President of the French Republic (2014-2016); Chief Economist and Managing Director at Bank of America Merrill Lynch (2011-2014); Managing Director and Chief Economist France, Barclays Capital (2004-2011) and Economist, OECD (1998-2004).