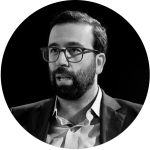 Ricardo Reis, A.W. Phillips Professor of Economics, London School of Economics
Ricardo Reis is the A.W. Phillips Professor of Economics at the London School of Economics. He is also Academic Consultant at the Bank of England and the Federal Reserve system, Director of the ESRC Centre for Macroeconomics in the UK and serves on the council or as an advisor of multiple organizations including the Council of the European Economic Association, Fondation Banque de France and Bundesbank Research Council. He has published widely on macroeconomics and was awarded the Bernacer prize for best European economist under the age of 40 working in macroeconomics and finance in 2016. He has taught at Columbia University and Princeton University and received his PhD from Harvard University.