The Scientific Committee is composed of influential experts and academics from within the EUI community. Drawing on their expertise, the Committee designs the content of the conference and invites the speakers focusing on topical issues and ensuring the discussions are both engaging and accessible to all. 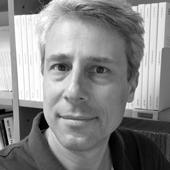 Giacomo Calzolari joined the EUI in September 2018 and is Research Fellow at the Centre for Economic Policy Research (CEPR). He has published in renowned international journals, including the American Economic Review, the Rand Journal of Economics and the Journal of Economic Theory. He is editor of the International Journal of Industrial Organization, European Economy – Banks, regulation, and the real sector, and Labour Review of labour economics and industrial relations. He is a member of the steering committee of the European Association of Industrial Economics, the Association of Competition Economics and the Economic Advisory Group on Competition Policy of the European Commission. His current research interests include antitrust and competition policy, artificial intelligence, economics of regulation, industrial organization, banking regulation and supervision and the economics of incentives. 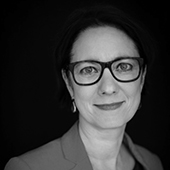 Madeleine de Cock Buning is part-time Professor at the EUI’s School of Transnational Governance (STG). She is a leading expert on Digital Politics, Economy and Societies. In 2018, she chaired the European Commission’s High-Level Expert Group on fake news and disinformation and provided options on how to react to the dissemination of fake news both online and offline. She is Honorary judge to the Court of Appeal in The Hague and Professor at the Utrecht University with a chair in Copyright Law and Media and Communication Law. She was Chair of the European Regulators Group for Audio Visual Media Services and until 2019 Chair of the Regulatory Authority to the Media in The Netherlands. 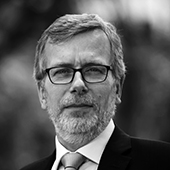 Renaud Dehousse, President and Chair of the Scientific Committee 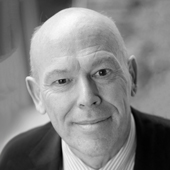 Jos Delbeke, Professor at the School of Transnational Governance

Jos Delbeke is part-time Professor at the European University Institute and at KU Leuven in Belgium. He is former Director-General of the European Commission’s Directorate-General for Climate Action and former Senior Adviser at the European Political Strategy Centre. Delbeke has been responsible for developing the EU’s international climate change strategy and was the EU’s chief negotiator at the UN climate conferences. He has developed EU legislation on cars and fuels, the Emissions Trading System, effort-sharing, integrated governance, air quality, chemicals and emissions from industrial installations. 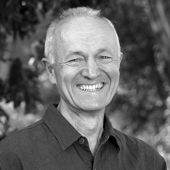 Peter Drahos is a Professor in the RegNet School of Regulation and Global Governance at the ANU, Canberra and holds a Chair in Intellectual Property at the Centre for Commercial Law Studies, QMU, London. He previously worked in the Australian Attorney-General’s Department drafting legislation and dealing with legal policy issues. He is a Member of the Academy of Social Sciences in Australia. Trained in law, politics and philosophy, and skilled in the use of law and society methods, he has worked on a variety of projects and topics, including global governance, regulatory theory, patent law and governance, trade and development, climate change and energy governance. Global Business Regulation, a book he co-authored with John Braithwaite, won the Grawemeyer Award for Ideas Improving World Order, the American Sociological Association’s Prize in the Sociology of Law and the Hart Socio-Legal Studies Book Prize. 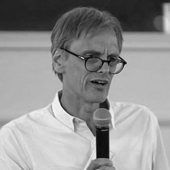 Philipp Genschel holds a joint chair in European Public Policy at the Department of Social and Political Science and at the Robert Schuman Centre for Advanced Studies, EUI. He was previously deputy director of the Collaborative Research Center on ‘Transformation of the State’ in Bremen and a research fellow of the Max Planck Institute for the Study of Societies in Cologne. He has recently published ‘Beyond the regulatory polity?’ and ‘The European integration of core state powers and International Organizations as Orchestrators’. His current research focuses on the international political economy of taxation, the European integration of core state powers and the logic of indirect governance in domestic and international politics. 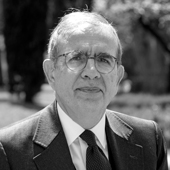 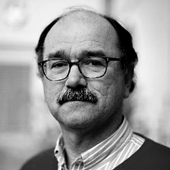 Bernard Hoekman is Professor and Director of Global Economics at the EUI’s Robert Schuman Centre for Advanced Studies. Prior positions include Director of the International Trade Department and Research Manager in the Development Research Group of the World Bank, economist in the General Agreement on Tariffs and Trade Secretariat and visiting positions at Sciences Po, Paris. A graduate of the Erasmus University Rotterdam, he obtained his Ph.D. in economics from the University of Michigan. He is a CEPR Research Fellow, where he also co-directs the Trade Policy Research Network, a Senior Associate of the Economic Research Forum for the Arab countries, Turkey and Iran. He is a member of the World Economic Forum Global Action Council on Logistics and Supply Chains. 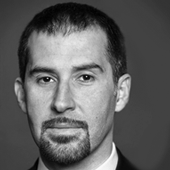 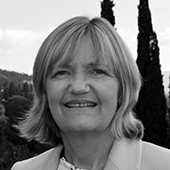 Brigid Laffan is Director of the Robert Schuman Centre for Advanced Studies and the Global Governance Programme at the European University Institute. Previously, she was Professor of European Politics and Vice-President of the School of Politics and International Relations at the University College Dublin. She was the founding director of the Dublin European Institute and is a member of the Royal Irish Academy. Laffan has been awarded several prizes for her research in the field of EU Governance over the years, including the THESEUS Award for outstanding research on European Integration (2012) and the UACES Lifetime Achievement Award (2014). 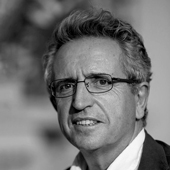 Ramon Marimon is Professor of Economics and Pierre Werner Chair at the EUI. He is also Chairman of the Barcelona Graduate School of Economics (since 2011) and Research Fellow of CEPR and NBER. Previously, he was President of the Society of Economic Dynamics (2012 – 2015) and of the Spanish Economic Association (2004), Director of the Max Weber Programme of the EUI (2006 – 2013) and Chair of the European Economic Association Standing Committee on Research (2008 – 2011). Moreover, he served as Secretary of State for Science and Technology in Spain (2000 – 2002) and worked in several Expert Groups advising the European Commission on R&D and Higher Education policy. 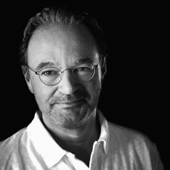 George Papaconstantinou, Professor at the School of Transnational Governance

George Papaconstantinou has served in the cabinet of the Greek government as Finance Minister and Minister of Environment and Energy, as member of parliament and as an MEP. Earlier in his career, he was a senior economist at the OECD, served in a policy advisory capacity for the Greek government, taught at the Athens University of Economics and Business and worked as a consultant for the European Commission and international think-tanks. Since leaving public office, his work has focused on economic and financial policy-related analysis and governance issues. At the STG, he leads the Transformation of Global Governance in collaboration with the Robert Schuman Centre for Advanced Studies, a project aiming to decipher the transformation of global governance.