In 2013 The State of the Union widened its analysis of the present and future prospects of the European Union and sought to integrate the opinions of European citizens with institutional perspectives. Topics focussed on institutions and democratic governance, migration and citizenship, and panels and audiences reported higher participation levels of NGOs, think-tanks and civil society organisations. 500 people from 36 countries attended the event and high-level speakers included Martin Schulz, Giorgio Napolitano, José Manuel Barroso, Emma Bonino, Laura Boldrini, Cécile Kashetu Kyenge, Helga Nowotny and Alain Frachon. The focus on citizenship echoed the EU’s 2013 initiative, the European Year of Citizens, and paved the way for future collaborations with the EU such as the live televised Spitzenkandidaten debates between candidates running for the European Commission Presidency in 2014 and 2019. This was the first year that an official Scientific Committee, composed of influential experts and academics from within the EUI community, was established. Now an integral feature of each edition, an annually changing Committee designs the content of each conference, invites speakers and ensures the discussions are engaging and accessible to all. 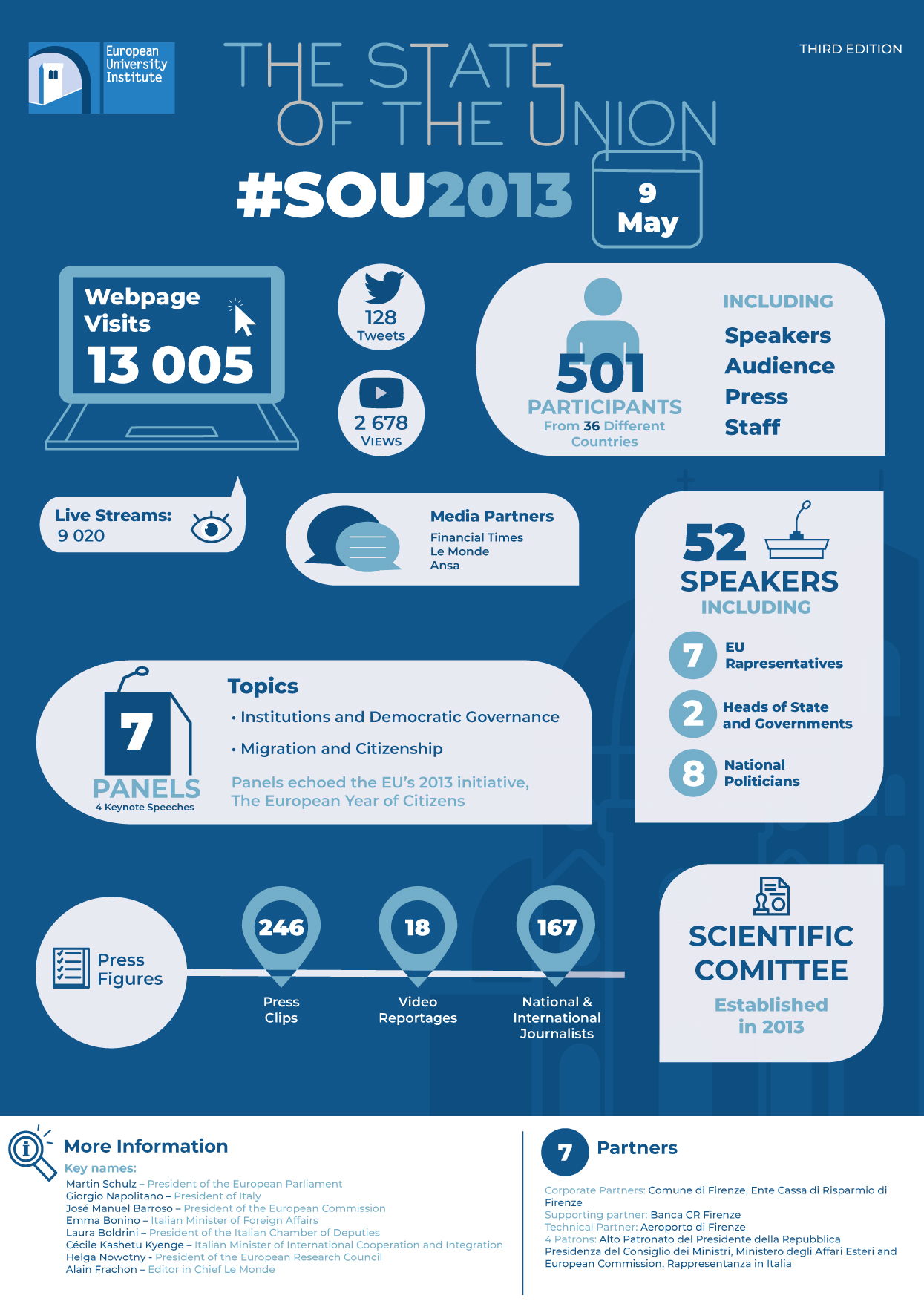 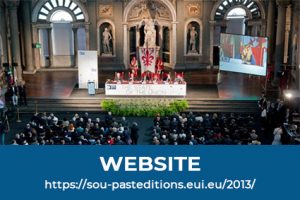 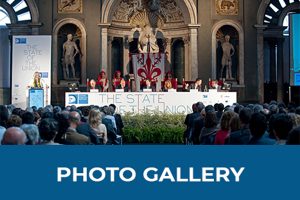