The 2015 edition “Confronting the Future of Europe” witnessed a surge in participants as 1,700 guests from 39 different countries attended the conference and was defined by an increasingly global outlook. The programme was composed of 13 panels and 82 speakers including Paolo Gentiloni, Sandro Gozi, Federica Mogherini, Pedro Passos Coelho and Matteo Renzi. Topics discussed included the need to define a new narrative or Schuman Declaration for Europe, Europe’s role in peacekeeping and stabilization, cybersecurity, surveillance and freedom in Europe and the EU’s role in the world from the perspective of the United States, China, Russia, India, and the Middle East. 2015 cemented the format of The State of the Union composed of 2 or more days of conference followed by an Open Day at Villa Salviati organised with the Historical Archives of the European Union, housed at the EUI. This first edition of the Open Day welcomed 1,600 local residents to experience the stunning architecture and gardens of Villa Salviati and the European project and its cultural and historical heritage first-hand through participation in guided tours, circus activities, tastings, dances and concerts. The array of activities on offer at the Open Day has grown substantially to reflect rising participation over the years: 2,800 in 2016, 2,100 in 2017, 4,000 in 2018 and 4,900 in 2019. 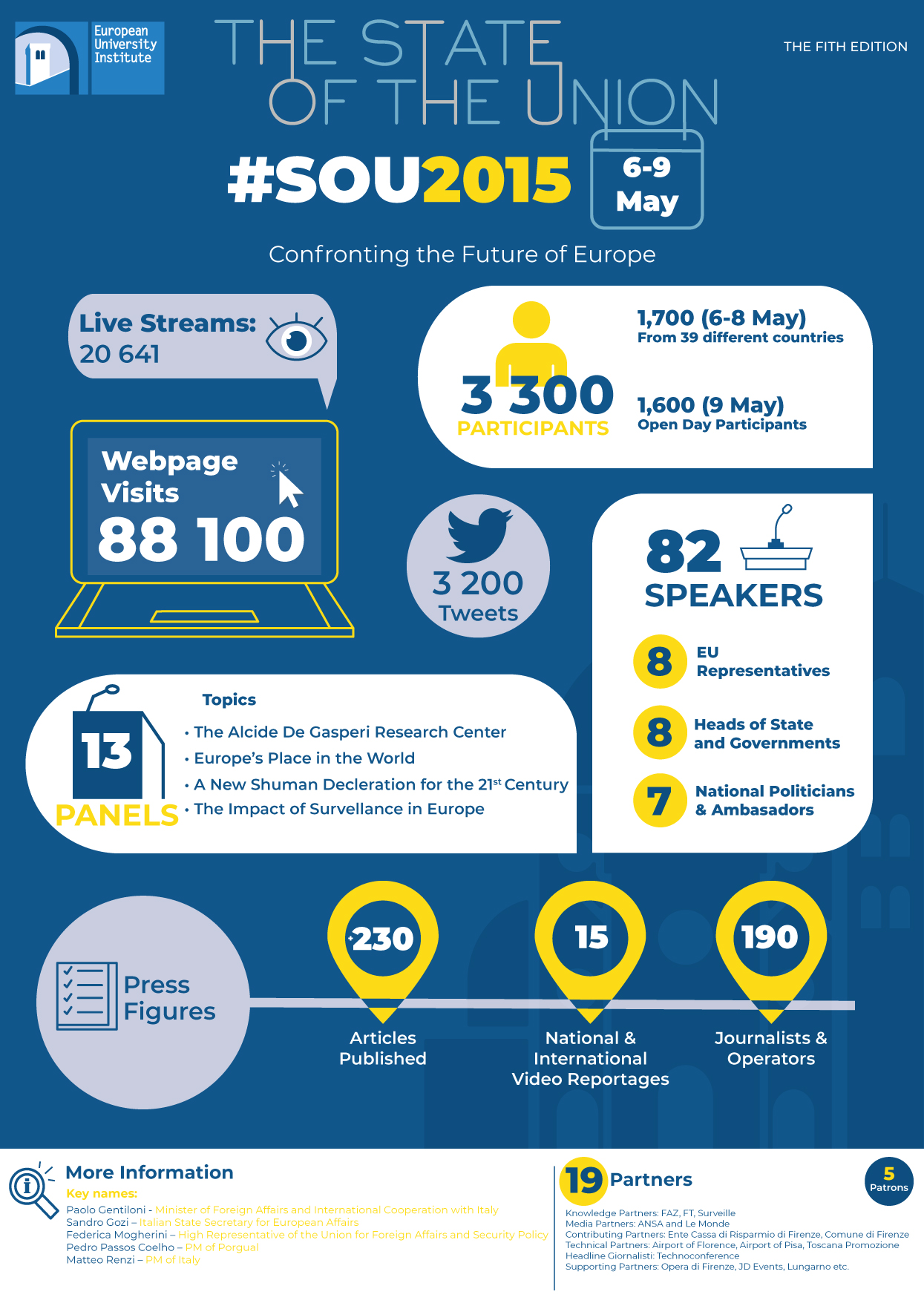 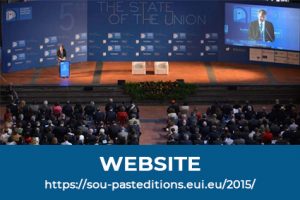 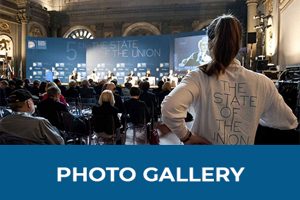