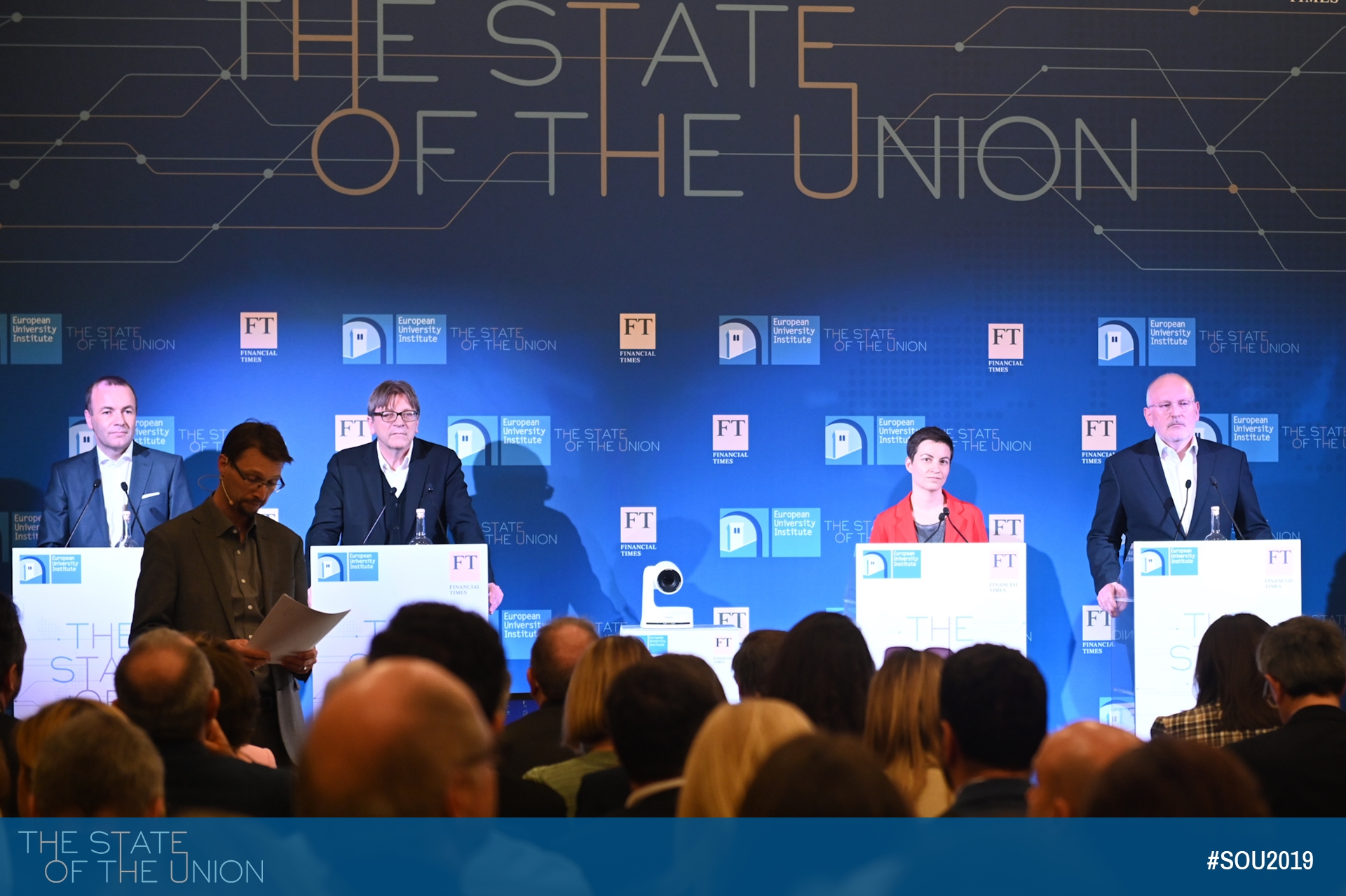 With the European elections taking place just weeks away, the focus of the ninth edition was on “21st-Century Democracy in Europe”. Panels assessed the related challenges of democracy in law, society, the economy and global governance and featured a live Spitzenkandidaten debate. Read more. “Solidarity in Europe” was the overarching theme of the 2018 edition and was explored through discussions about European economic, monetary and fiscal policies, social investment, defence and security strategies, migration, climate change and energy programmes. Read more. The 2016 edition was dedicated to “Women in Europe and the World,” bringing a valuable gendered perspective and a plethora of female voices to discussions about the refugee crisis, employment and social affairs, violence against women, conflict and peace-making and sexual and reproductive politics. Read more. The conference’s fifth edition was defined by a more global outlook as it assessed the future of Europe. The establishment of the Alcide De Gasperi Research Centre, Europe’s place in the world, a new Schuman Declaration for the 21st century and the impact of surveillance in Europe were the four main topics discussed. Read more. The focus of the 2014 conference was on the upcoming European elections and the social and political model of Europe. The event included a televised Spitzenkandidaten debate between European Commission presidency candidates and counted Karel De Gucht, Federica Mogherini, Mario Monti and Matteo Renzi among the prominent speakers. Read more. Against the backdrop of the global recession, speakers including José Manuel Barroso, Mario Monti, Pedro Verona Rodrigues Pires and Javier Solana took to the stage to debate the challenges of globalisation, economic governance and the failures, successes and future of EU energy policy. Read more. The first edition, established under the umbrella of the Festival d’Europa, welcomed EU leaders, heads of states, politicians, opinion leaders, renowned academics and journalists to Florence to discuss the Lisbon Treaty, the implications of globalisation and financial stability during the Eurozone crisis. Read more.