First established in 2011 to increase the media visibility and international resonance of European University Institute’s research excellence, The State of the Union originally took place as part of the Festival d’Europa. This annual festival was set up to enhance the European dimension of Florence as a new value and purpose for the city and increase local awareness of the European Union. This inaugural edition, held in the impressive Salone di Cinquecento in Palazzo Vecchio in the heart of Florence featured 1000 participants, 4 panels and 32 speakers, including Jerzy Buzek, José Manuel Barroso, Androulla Vassiliou and Ivo Josipović. Speakers discussed the key political and economic issues facing the EU including the reforms of the Lisbon Treaty and growth, employment and financial stability in the wake of the global financial crisis. 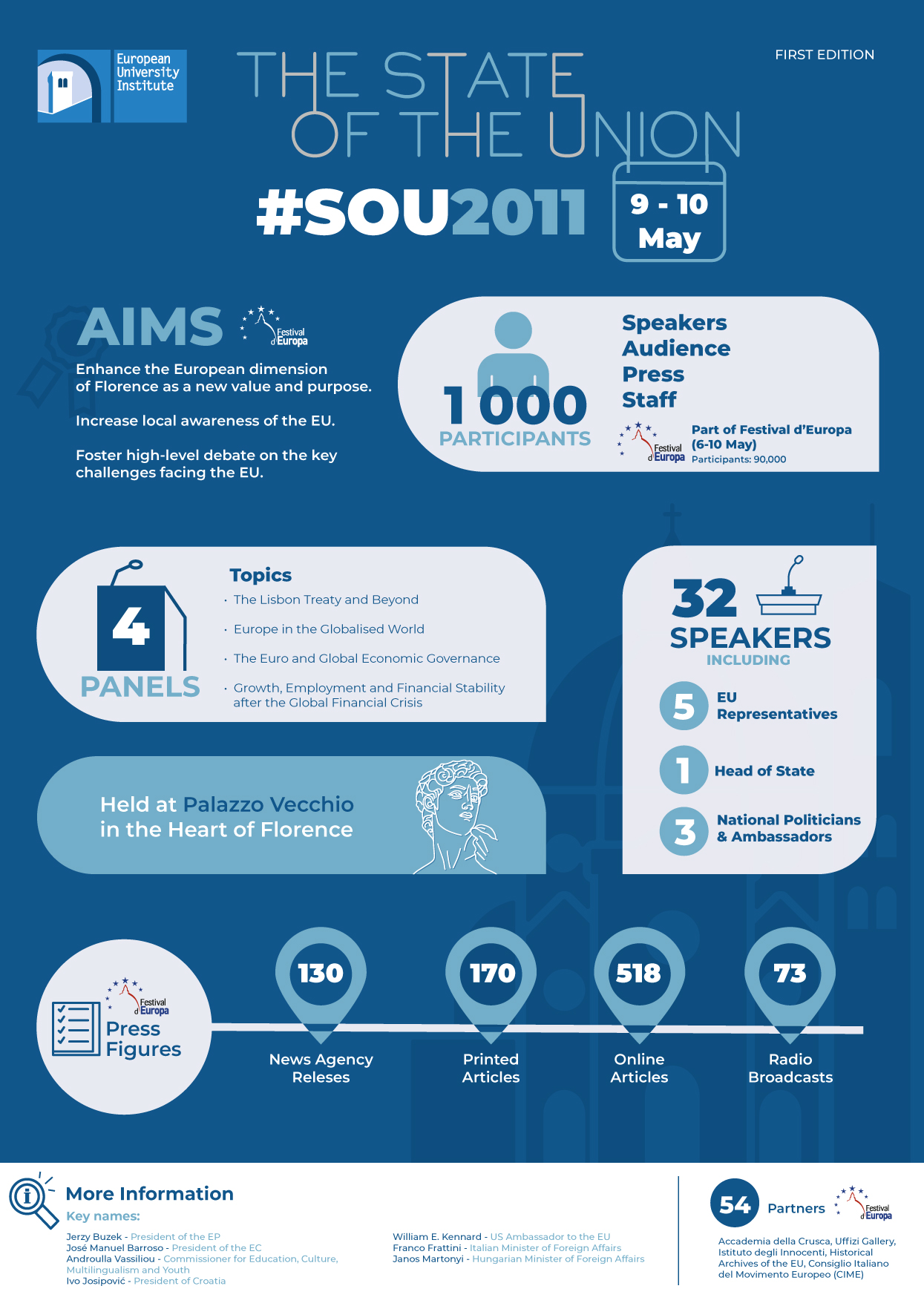 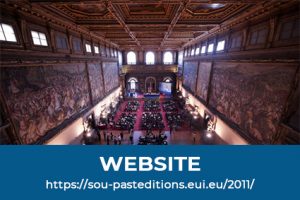 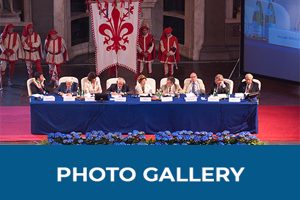