The State of the Union (SOU) is an annual summit for high level reflection on the European Union which acts as a bridge between academia and policy making at the highest level in Europe. Each year the city of Florence becomes a hub of debate as experts of great institutional and academic relevance, business and opinion leaders, NGOs, think-tanks, journalists and representatives of civil society gather to discuss and debate the key challenges and opportunities facing Europe and Europeans. Each year’s edition is unique in its focus as panels and keynote speeches respond to the circumstances of a changing Europe and a changing world.

The success of SOU is based on five key elements: high-level participation and discussion, stunning locations in Florence, excellent networking opportunities, prominent media coverage and consistent timing. The conference falls annually around 9 May, the anniversary of the Schuman Declaration, making Florence the centre of Europe on Europe day and an annual fixture in the European calendar.

Climate, migration, surveillance and freedom, the role of Europe in a globalised world, the Eurozone crisis, gender, European institutions and democratic governance, European citizenship, solidarity and 21st-century democracy are just some the biggest questions of the past decade that SOU has addressed. Panels are led by EUI academics who are specialists in their fields, and the overarching theme and topics for each year are chosen by the annually changing Scientific Committee on the basis of the most current, relevant issues concerning not only the Union but crucially its citizens too. In an age of post-fact politics, SOU strives to bring scientific expertise on divisive issues to an ever-wider public.

By putting its research excellence and scientific and organisational resources at the disposal of the European community as a tool to improve the life of European and international citizens, the European University Institute seeks to influence the international debate around the themes covered during the conference and have a positive and relevant impact on the development of governmental and transnational policies. 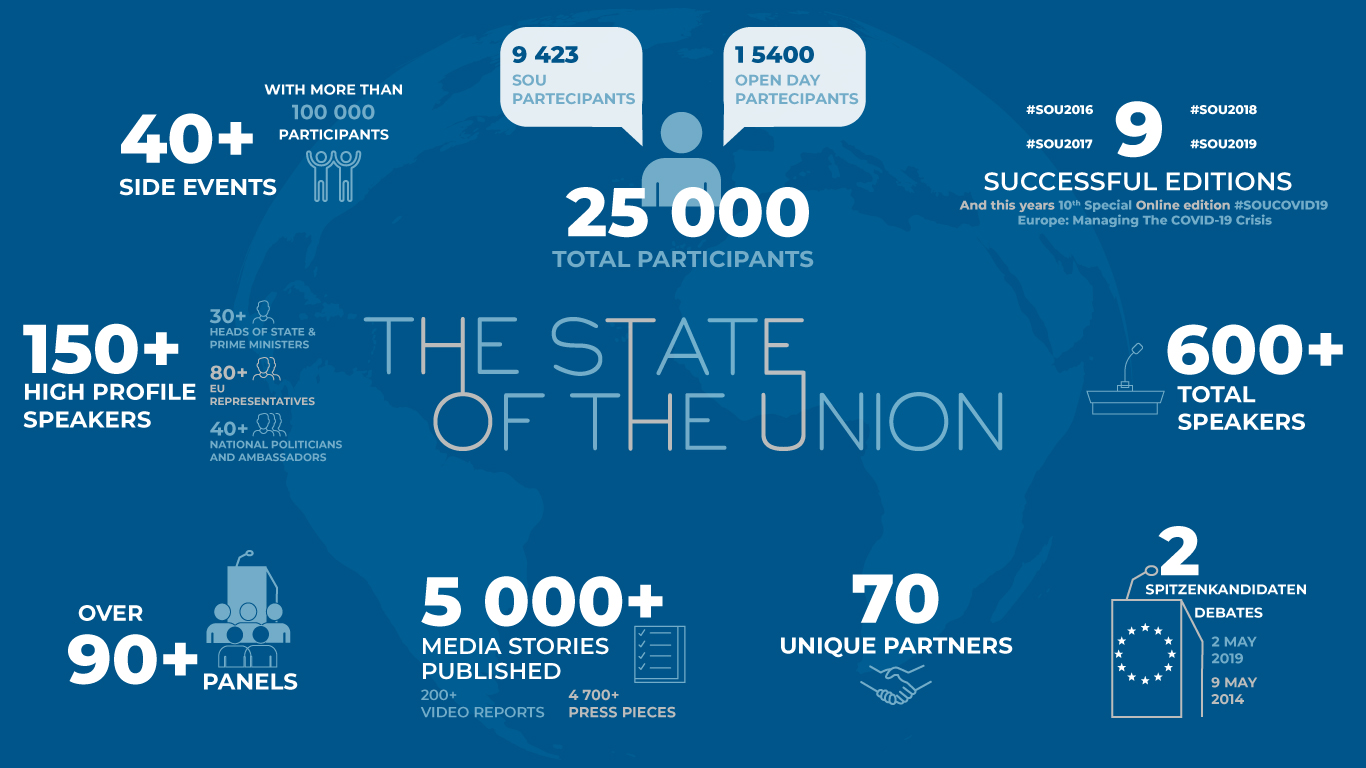 Explore past editions of The State of the Union