The State of the Union, organised by the European University Institute (EUI), is a high-level conference for reflection on the European Union. Every year the city of Florence becomes a hub of debate as experts from around the world gather to discuss the most pressing issues faced by Europe and Europeans today.

Over the past nine years, we have discussed European institutions and democratic governance, the role of Europe in a globalised world, migration, surveillance and freedom, the Eurozone crisis, the role of women, European citizenship, Solidarity in Europe and 21st-Century Democracy and Europe. We have been joined by a diverse audience and participants including heads of state, heads of the EU institutions, politicians, civil society representatives, academics and journalists.

The State of the Union forms a key part of the European University Institute’s contribution to European and international debates on governance, integration and the shared challenges of a globalised world. In turn, the European University Institute’s research excellence is the foundation of The State of the Union’s international success. A Scientific Committee of specialists from the EUI community shapes the content of each year’s conference, engaging the most compelling experts to explain the most relevant issues and developing an overarching theme to give focus to a set of complex topics. 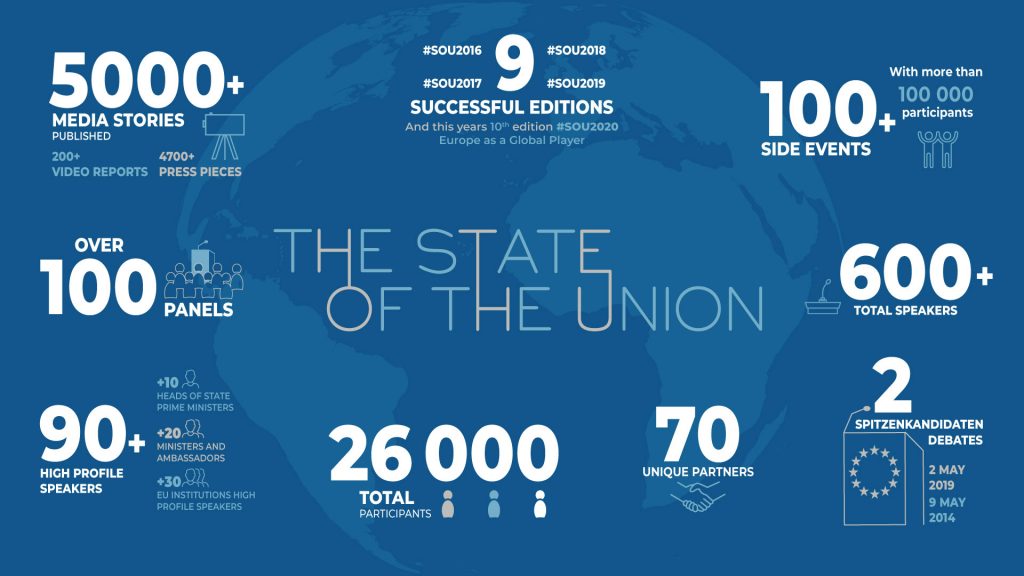 Explore past editions of The State of the Union.